FFN: The Shake Down Band

Combining a mixture of past and present in both talent and music variety, Shakedown provides an enjoyable evening for the family. Specializing in genres such as beach, rock and roll, funk, Motown, country and top 40, this group will play what the crowd wants to hear.

Matt Schrum is a natural-born singer. Having performed in such groups as Lenoir-Rhyne Youth Chorus, Alexander Central High School Madrigal Choir and Lenoir-Rhyne a Capella Choir, he is Shakedown's lead singer and saxophone player.

Meredith Schrum is a student at Appalachian State University and plays the trumpet and sings backup and lead vocals in Shakedown. Having been born into a musical family, Meredith began playing the trumpet at a young age and has performed with the ACHS and College of Charleston wind ensembles, as well as the Appalachian State Concert Band.

Zach Tyner is an all-around music man. Not only does he play keyboards and sing backup for Shakedown, he also manages a music store in Taylorsville and teaches guitar and keyboards.

Having played drums for more than 90 percent of his life, Roger Icenhour now plays drums and sings for Shakedown.

Harry Schrum is another natural-born musician. Even as a 9-year-old, his older brothers would ask his help chording out songs. Harry continues to use his musical talents to play the guitar, saxophone and sing in the Shakedown band.

Concessions will be for sale during the concert. For further information about events in Valdese and the full Valdese Family Friday Nights summer concert series schedule, go to visitvaldese.com or call 828-879-2129. 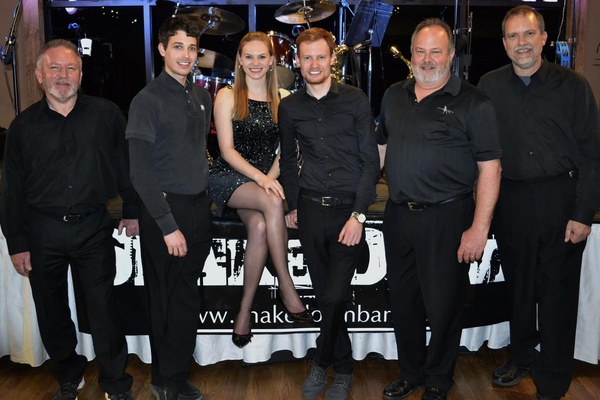